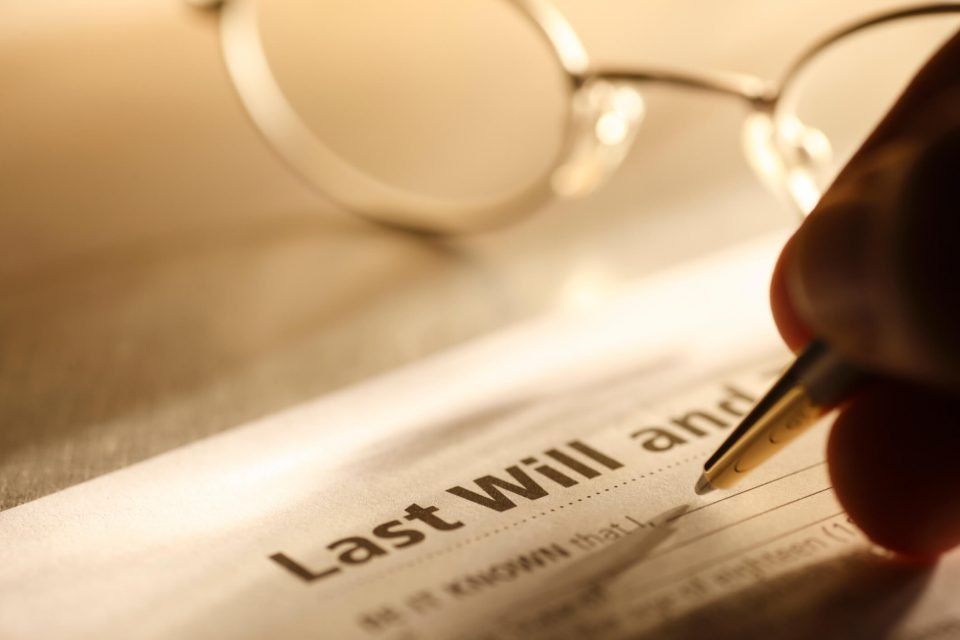 Legendary TV and radio host, Larry King, died at Cedars-Sinai Medical Center in Los Angeles on January 23rd, 2021 at age 87. Larry was hospitalized in December due to COVID-19, but he’d recently been moved from the ICU to a regular hospital room after recovering from the virus. However, the famed broadcaster suffered from a number of other health conditions over the years, including multiple heart attacks, kidney failure, and diabetes, and he passed away from sepsis that was the result of an unrelated infection.

Last week, in part one of this series, we discussed how Larry’s decision to create a handwritten will, rather than take the time to consult with legal counsel to properly update his plan for his impending divorce, is likely to result in a lengthy court battle between Larry’s seventh wife, Shawn Southwick King, and his surviving children. Moreover, we also noted that Larry would have been far better off using a Lifetime Asset Protection Trust, instead of a will, to distribute his assets to his children upon his death.

Here, in the second part of this series, we’ll first look at the different ways a Lifetime Asset Protection Trust would have benefited Larry’s children. From there, we’ll discuss the complications that are likely to arise given that two of Larry’s children died before he had the chance to update his plan—and the planning lessons we can take away from this mistake.

A Lifetime Asset Protection Trust is a unique estate planning vehicle that’s specifically designed to protect your children’s inheritance from unfortunate life events, such as divorce, debt, illness, and accidents. At the same time, the trust gives your children the ability to access and invest their inheritance, while retaining airtight asset protection for their entire lives.

For someone with as much wealth and as many heirs as Larry, a Lifetime Asset Protection Trust, built into his Living Trust, would have been an ideal vehicle to protect and pass on his assets to his heirs. To see why, let’s break down how these unique trusts work.

To avoid the court process of probate that’s inherent with a will-based plan, most lawyers will advise you to put the assets you’re leaving your kids in a revocable living trust—and this is the right move. But most living trusts are structured to distribute your assets outright to your children at certain ages or stages, such as one-third at age 25, half the balance at 30, and the rest at 35. Giving outright ownership of the trust assets in this way leaves them at serious risk of being lost or squandered.

While a living trust may protect your loved ones’ inheritance as long as the assets are held by the trust, once the assets are distributed to the beneficiary, all of the protection previously offered by your trust disappears. For example, let’s say Larry’s youngest sons Chance, 21, and Cannon, 20, both racked up serious debt while in college. If they were to receive one-third of their inheritance at age 25, creditors could take their money if it’s paid to them in an outright distribution.

The same thing would be true if Larry’s oldest son, Larry Jr., 58, got divorced soon after receiving his inheritance, only it would be his soon-to-be ex-wife who would claim a right to the funds in the divorce settlement.

In contrast, a Lifetime Asset Protection Trust gives a Trustee of your choice full discretion on whether to make distributions or not. The Trustee has full authority to determine how and when the assets should be released based on the beneficiary’s needs and the circumstances going on in his or her life at the time. And you can even choose to make your beneficiary the Trustee of their own trust (with some restrictions) for even more flexibility and control.

For example, if Larry Jr. was in the process of getting divorced or in the middle of a lawsuit, the Trustee could refuse to distribute any funds. Therefore, the Trust assets would remain shielded from his future ex-wife or a potential judgment creditor should Larry Jr. be ordered to pay damages resulting from a lawsuit.

And because the Trustee controls access to the inheritance, those assets are not only protected from outside threats like ex-spouses and creditors, but from your child’s own poor judgment, as well. For example, if Chance ever develops a substance abuse or gambling problem, the Trustee could withhold distributions until he receives the appropriate treatment.

What’s more, you can write up guidelines to the Trustee, providing him or her with clear directions about how you’d like the trust assets to be used for your beneficiaries. This ensures the Trustee is aware of your values and wishes when making distributions, rather than simply guessing what you would’ve wanted, which often leads to problems down the road.

In addition to airtight asset protection, a Lifetime Asset Protection Trust can also be set up to give your child hands-on experience managing financial matters, like investing, running a business, and charitable giving.

Indeed, these protective trusts are even more useful if you’re leaving a relatively modest inheritance, since the smaller the inheritance, the more at risk it is of getting wiped out by a single unfortunate event like a medical emergency or lawsuit. However, if your kids are going to spend the vast majority of their inheritance on everyday expenses and consumables, such trusts probably don’t make much sense.

Meet with us, as your Personal Family Lawyer®, to see if a Lifetime Asset Protection Trust is the right option for your family.

Larry Is Predeceased By Two of His Five Children

The final factor complicating Larry’s estate is the fact that two of his five adult children died just a few months before he did. His son Andy King, 65, unexpectedly passed away of a heart attack in late July 2020, while his daughter Chaia King, 51, died just three weeks later in August from lung cancer. Both children were from Larry’s marriage to his third wife, Alene Akins, who Larry wed in 1961.

While Andy and Chaia predeceased their father, Larry apparently didn’t update his estate plan to account for their deaths. Indeed, Larry’s handwritten will, which was created in October 2019, simply states that in the event of his death, “I want 100% of my funds to be divided equally among my children Andy, Chaia, Larry Jr., Chance, and Cannon.”

Had Larry worked with estate planning lawyers to keep his plan updated, rather than creating a handwritten will, his legal team would have ensured that his will and all of his other planning documents were immediately updated to account for the death of any of his beneficiaries. Along those same lines, had Larry worked with lawyers to amend his plan, his documents would have been drafted with provisions that would address the potential for one (or more) of his beneficiaries to pre-decease him, so even if his plan wasn’t updated, Larry’s assets would pass to the appropriate person or persons.

Regardless of what happens to Andy and Chaia’s share of the estate, Larry’s plan should have been amended to account for their deaths. This brings us to our third and final estate planning lesson.

Review your plan annually to make sure it’s up to date, and immediately modify your plan following events like births, deaths, divorce, and inheritances.

As Larry’s case shows, your plan won’t do you any good if it’s not regularly updated. Estate planning is not a one-and-done type of deal; your plan must continuously evolve to keep pace with changes in your family structure, the legal landscape, your assets, and your life goals.

And unfortunately, this kind of thing happens all the time. In fact, outside of not creating any estate plan at all, one of the most common planning mistakes we encounter is when we get called by the loved ones of someone who has become incapacitated or died with a plan that no longer works because it hasn’t been updated. Yet, by the time they contact us, it’s too late.

We recommend you review your plan annually to keep it current, and immediately update it following major life events like births, deaths, divorce, and inheritances. We have built-in systems and processes to ensure your plan is always up to date, so you won’t need to worry about forgetting anything.

If you’ve yet to create a plan, have DIY documents you aren’t sure about, or have a plan created with another lawyer’s help that hasn’t been reviewed in more than a year, meet with us, as your Personal Family Lawyer®. We can ensure that your plan stays 100% current, so it works exactly as intended no matter what.

Don’t Do It Yourself

As Larry King’s story demonstrates, do-it-yourself planning can have terrible consequences for your loved ones—and in the worst cases, it can be even worse than if you had no estate plan at all. To ensure your plan works exactly as intended, contact us, as your Personal Family Lawyer®, to review and update your current plan, or create one if you have yet to do so.

With a Personal Family Lawyer® on your side, you’ll have access to the same planning tools and protections that A-list celebrities use, which are designed to keep your family out of court or conflict no matter what happens. Contact us today to learn more.